NewsReviewsArticlesGuidesGamingAsk the ExpertsNewsletterForums
GIVEAWAY: Gaming peripherals upgrade thanks to Corsair worth $280
Gaming
I don't know about "a generation" ahead, as every generation of GPU's is "next-gen", and I would put it at close to 6 - 7 generations ahead in terms of what the consoles can process versus a top of the line PC with multiple GPU's, etc. But, Cevat Yerli from Crytek has stated that PC is a "generation ahead" of current generation consoles and has discussed the impact console development is having on the PC market. 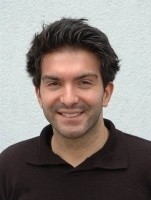 "As long as the current console generation exists," claims Yerli, "and as long as we keep pushing the PC as well, the more difficult it will be to really get the benefit of both."

He's right - we do get benefits of both, but for the people spending thousands of dollars on a top of the line PC, they don't really benefit from all of that grunt. But this is simple - the market has shifted toward consoles, this can be turned by any game developer who gears their target toward PC's again.