All NewsBusiness, Financial & LegalCases, Cooling & PSUContests & GiveawaysCPU, APU & ChipsetsDealsDisplays & ProjectorsGamingMotherboardsScience, Space & RoboticsStorageVideo CardsVirtual & Augmented Reality
All ReviewsAll ArticlesAudio, Sound & SpeakersCases, Cooling & PSUCPUs, Chipsets & SoCsComputer SystemsDisplays & ProjectorsGamingMotherboardsNetworkingPeripheralsStorageVideo Cards
GuidesGamingAsk the ExpertsNewsletterAboutForums
Windows 11Halo InfiniteBattlefield 2042Elon MuskGTA 6RTX 3080HDMI 2.1Bitcoin Mining
TRENDING NOW: 'Time traveler' claims his year 2027 is connected to 2021
Gaming
Angry Birds has been a mobile phenomenon for quite a while now, and now it looks like the pig-destroying avians are spreading their wings and slingshotting their way onto the Wii, PS3, and Xbox 360 in 2011 according to Rovio. 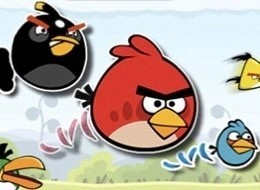 CEO Peter Vesterbacka dropped this information in a BBC interview as well as the fact that the company is also working on Angry Birds 2, which will not be a sequel but an all new game. Vesterbacka did not go into too many specifics, but did state that there will be more pigs in Angry Birds 2 and that "the pigs will be a lot more active than just being slingshotted at by birds." Pigs vs. Birds online multiplayer, anyone?
NEWS SOURCE:mashable.com
Newsletter Subscription