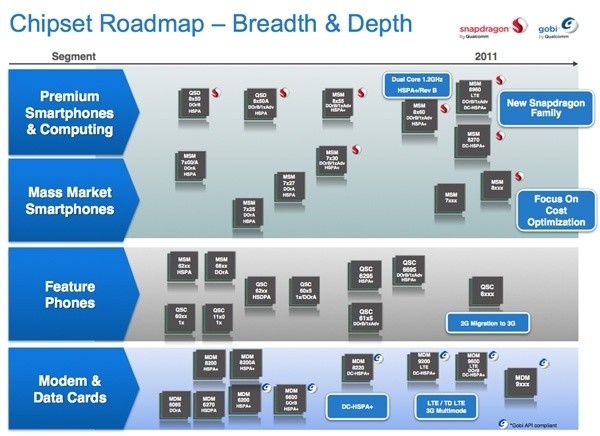 That's not all, the gem in this news is about the upcoming tech from Qualcomm - next-gen Snapdragon SoC's built on a 28nm process. The first one will be the Qualcomm MSM8960 SoC.

Inside this beauty are two next-gen cores, Qualcomm is promising 5x the performance of the original Snapdragon. 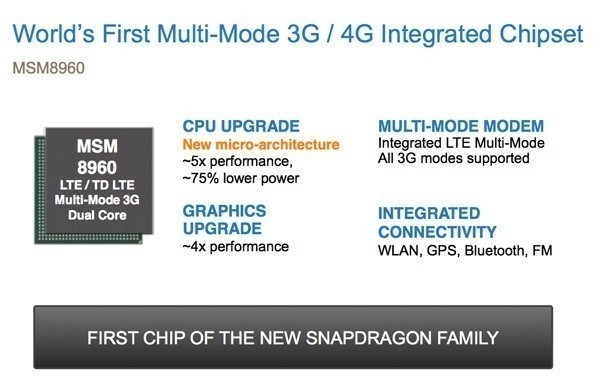 Power consumption is said to be up to 75% lower - aggressive, but we'll have to wait and see if it's pulled off or not.

More interestingly, is the GPU side of things - the MSM8690 is supposed to offer a ~4X improvement in graphics performance - we don't know what they're comparing the 4X to, but it would be around double the GPU performance from mobile devices we have today. 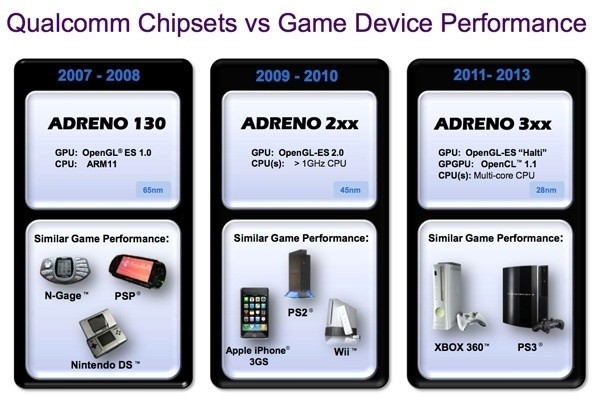 Imagine that... now, I'm sure you're thrashing coins in your piggy bank as you read this - but it's going to be a great next few years for tech fans.