NewsReviewsArticlesGuidesGamingAsk the ExpertsNewsletterForums
Mobile Devices
Google CEO Eric Schmidt has teased the world with an unreleased Android Phone and showed off a cool new feature - Near Field Communication. 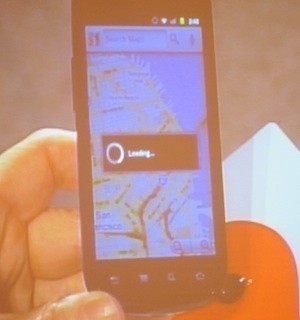 If you have not heard of this before, it does sound a bit weird - but, new Android fans will have a chip inside of them which will allow you to tap your phone against special sensors to complete a specific action.

This may sound weird - but it has plenty of applications for use, such as credit cards. You'll be able to simply tap your phone against a sensor - finalizing the transaction. Tap your phone against a location-aware sensor and it will check you into whatever venue you're standing in - without having to open up an App on your phone.

It's rumored that the next-gen iPhone will have this feature... I wonder if that'll also be a day we'll never forget, until then Google has it's day in the sun.
NEWS SOURCE:techcrunch.com