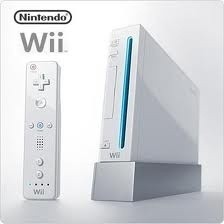 And now, as opposed to the original motion-sensing Wii remote controller, Nintendo now includes its new, improved remote, Wii Remote Plus with Wii MotionPlus functionality built in, something that is essential for the newest, more motion accurate games.

Something I didn't know - is the Wii is available in red for a limited time only - at AUD $299.95
NEWS SOURCE:itwire.com