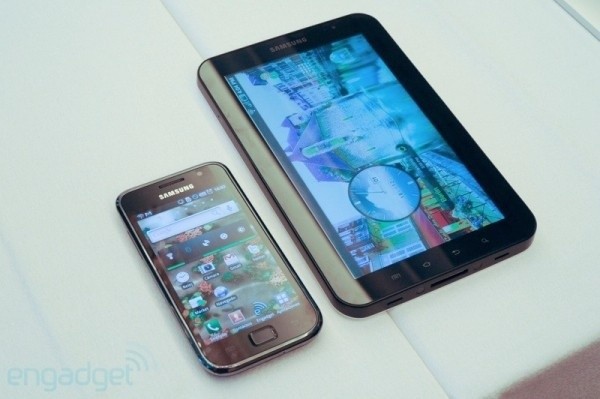 Samsung has said previously that it expects to sell 10 million Galaxy Tabs by next year - and now mobile biz president J. K. Shin expects to sell a million of them before the years end - considering there's not even 2 months of 2010 left, that's 1 million sales in under 60 days.

Shin also told Nikkei that Samsung expects to sell 40 million smartphones in 2011 - which is double it's prediction for this year. Obviously they expect the large number making that prediction up will be Galaxy S handsets - but that's quite a big change from the 10 million it expects to sell this year.

The news I'm excited for? There could be a 10-inch Galaxy Tab "soon" - but no more details are provided other than that little tease and the smell of the 10-inch Tab's perfume as you walk past it.
NEWS SOURCE:engadget.com