NewsReviewsArticlesGuidesGamingAsk the ExpertsNewsletterForums
Gaming
We're all getting fairly used to Special Editions of games coming with goodies like coins, books, and even remote control cars. The people behind "Michael Jackson The Experience" are stepping up the included goodies by offering people who pre-order the Wii version a sequined glove as a special added bonus. 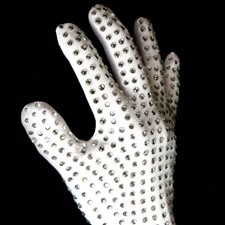 That's right; you can be just like Mike while swinging your Wiimote around in this dance based motion game swirling around all of Michael Jackson's classic music and moves. Only the Wii version is getting this special added bonus. The game is hitting the Wii, Nintendo DS, and PSP on November 23rd while heading to the XBox 360 and PS3 in early 2011. Check out the trailer after the break.