NewsReviewsArticlesGuidesGamingAsk the ExpertsNewsletterForums
GIVEAWAY: Gaming peripherals upgrade thanks to Corsair worth $280
Mobile Devices
VLC fans were fairly excited when the popular media player came to the iPhone and iPad through the App Store. Well, it looks like the joy may be short lived due to a copyright infringement notice that Remi Denis-Courmont, one of VLC's main developers, has sent to Apple. 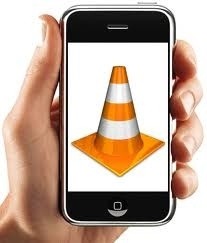 VLC's gripe is that Apple is violating the GNU General Public License that VLC is distributed under. A part of the license states that the software has to be freely distributable by the user, which is not possible with the way Apple locks down all of their apps. Another app, GNU Go, was removed from the App Store earlier this year under similar arguments.

Here's Remi's statement on the matter: (Courtesy of TechCrunch)

"Some people have commented that this will damage the project's reputation. Maybe so. Blame those who published and/or advertized VLC for iPad. The fact of the GPL incompatibility was already well known. JB himself described it as a "grey area". They decided to take the risk anyway, and they bear full responsibility for any consequences. Personally, I don't blame them because I know very well how a geek feels when writing cool code for a cool new gadget."
NEWS SOURCE:mobilecrunch.com