NewsReviewsArticlesGuidesGamingAsk the ExpertsNewsletterForums
GIVEAWAY: Sabrent Rocket Q 8TB NVMe PCIe M.2 SSD worth $2000!
Business, Financial & Legal
TMSC is set to report strong earnings for the 4th quarter of 2010 thanks to large volumes of orders from AMD. 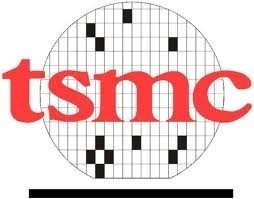 AMD has placed orders at TMSC for their Ontario and Zacate APUs as well as the new HD6000 GPU's. Ontario and Zacate are both reportedly in production on TMSC's 40nm node - the Ontario will take on Intel's Atom processors in the netbook sector and going by the specs - it should have no problem laying the smack down on the Atom SKU.

It is worth noting that while AMD has contracted Globalfoundaries to produce it's 32nm Llano APU - the company decided to shake hands with TMSC's mature 40nm process for Ontario and Zacate in order to escape any possible production issues. All APUs produced by TMSC will be tested and packaged by Siliconware Precision Industries.
NEWS SOURCE:fudzilla.com