NewsReviewsArticlesGuidesGamingAsk the ExpertsNewsletterForums
GIVEAWAY: Gaming peripherals upgrade thanks to Corsair worth $280
Storage
Intel's new G3 SSD has been spotted - amongst the newer, younger SandForce-based SSD's - it's getting harder to know "which one is best". 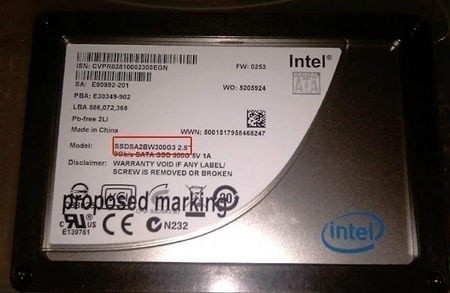 Intel didn't take long to punch back, it has polished it's X25 SSD and shrunk it to 25nm as a follow-up to it's G2 release, touted as the "Postville Refresh". Strangely - the G3 part was pouched from an eBay equivalent in China - someone has of course purchased it and ran benchmarks on it.

Of course it could be fake (like your Louis Vuitton handbag you may have purchased from the same site) - but if it is indeed fake, you won't be complaining about it's performance anytime soon.
NEWS SOURCE:tomshardware.com