NewsReviewsArticlesGuidesGamingAsk the ExpertsNewsletterForums
Peripherals
Logitech are going where no [wo]man have gone before... Solar powered keyboard territory. 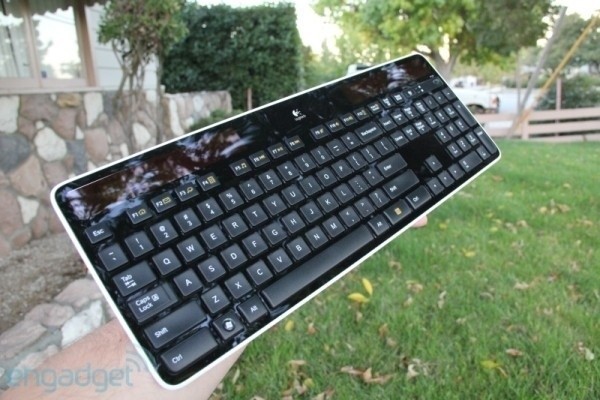 In the land of practicality - this might be useful, but here we go: It's an ultra-slim 1/3-inch profile, with a full slate of laptop-style chiclet keys, the Logitech Wireless Solar Keyboard K750 has ambient light solar panels install on the top of either side, which means you should never have to plug it in for charge - interesting.

Logitech are claiming, that you could theoretically run the keyboard, in a desk drawer and it would last for 3 months because of it's low-power integrated circuitry. But, we all know Nuclear Man from Superman IV would pass out in an Elevator if the doors were shut - so at least it's not as useless as him.

It's supposed to feel great when typing on it - but of course the Solar powered bit is the most important to someone who would be interested in this, it may be a gimmick - but Apple themselves have talked about this type of stuff for a while now, just imagine a solar powered phone, or notebook...
NEWS SOURCE:engadget.com