One would take a guess that the video card in question is one of the new AMD Radeon 6000 video cards that is being launched later this week. 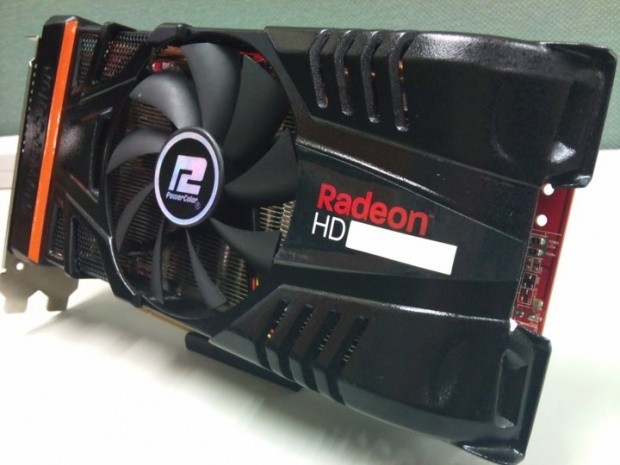 As you can see from the picture above, the fancy looking black cooler sports a single 80mm fan (at least by what we can tell from the image) and it looks as if it will take up a single slot in addition to the first slot taken up by the card itself. There is another birds-eye video of the video card after the break. 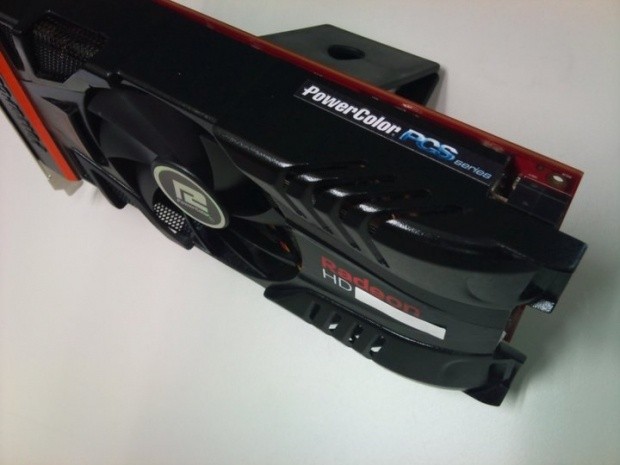