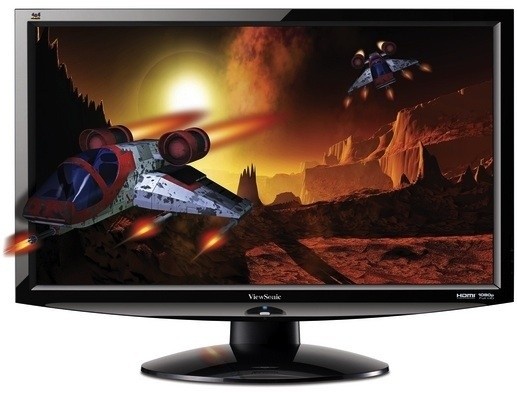 Not anymore - with the launch of the Radeon 6000-series of GPU's next week, they will add 3d capabilities to the Radeon line, including support for Blu-ray 3D through the added feature of Multiview Video Coding (MVC) in UVD3.

Viewsonic are the first manufacturer to have AMD Radeon 3D support.

Stereo speakers are included, which are an amazing four-watts of output, a USB port is included for the plug-in of the included active-shutter glasses. The monitors comes with HDMI, DVI and VGA connections.

3D gaming is finally getting to the point where it needs proper support - not closed off like NVIDIA. This could be a sign of things to come, I see a change in 3d gaming once it starts hitting mainstream and with more monitor manufacturers embracing it - it can only lead to great things for customers.
NEWS SOURCE:hexus.net