NewsReviewsArticlesGuidesGamingAsk the ExpertsNewsletterForums
Software
Right now, Google Chrome OS is in release candidate stages.. for those of you who don't know what release candidate is, it's also referred to as "RC". Obviously, the words are simple enough to decipher to "a candidate for release", which always means it's pretty close to shipping time. 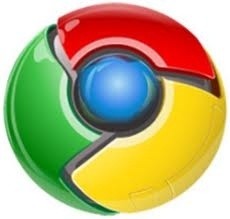 Chrome OS was teased last year - in November, and Google promised it would be released before the end of 2010. It looks like that promise just might be polished in gold, or is that chrome?

Some speed bumps along the way - the explosion of Android, also losing their key Chrome OS engineer to Facebook.

Supposedly, there's been a November 11th date being thrown around - also, Chrome Web Store is being launched this much, which will obviously be very useful when Chrome OS is out in the wild. Right now, Chrome OS is having it's screensavers, sign-in screens and highlight colours all worked on - these are all UI elements, which is another sign toward the release not being far away.

Excited?? I am!
NEWS SOURCE:techcrunch.com