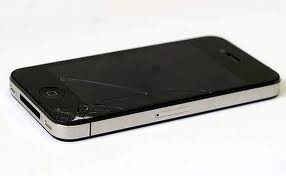 The analysis was formed by accident reports from claims submitted to SquareTrade by the users who took out warranty protection for new iPhones. After 4 months, 3.9 percent of iPhone 4 owners had reported cracked screens. Where, the iPhone 3GS had reports of cracked screens by only 2.1 percent within the first four months of ownership.

SquareTrade did not in their analysis that the iPhone 4 has a much higher chance of being returned for cracked glass due to the fact that the front and back are covered in GorillaGlass. The iPhone 3GS however, has a composite plastic material which has a much smaller chance of cracking in the case of an accidental drop or fall.

Approximately, a quarter of the claims for broken glass on the iPhone 4 were for the back cover.

Cases can sometimes help save the phone from a fall, but obviously not in all cases - some can even be made to stop you from dropping it - such as the Bumper case for the iPhone 4, because it's grippy, it will "stick" to your hand more.
NEWS SOURCE:arstechnica.com