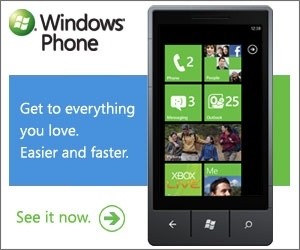 "We have a beautiful lineup in this first wave of Windows Phone 7 handsets," said Steve Ballmer, chief executive officer at Microsoft. With their "hub" format giving easy access to games, pictures, and music with heavy social network integration, Microsoft is taking a big leap back into the smartphone market currently dominated by Android, iPhone, and BlackBerry. Check out the full list of worldwide Windows Phone 7 launch devices and carriers after the break.

The following devices will come to North America, Europe and Asia Pacific in the holiday 2010 timeframe.