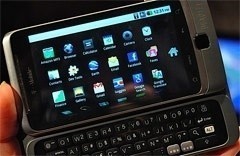 A report from New America states that the microchip includes a hardware rootkit that sniffs out third party ROMs and overrides them; reinstalling the original firmware over the custom ROM you worked so hard to install. G2 tinkerers are state that their roots "vanish" after a reboot, and are not happy about it. Considering the fact that there's a 40 page thread over at xda developers on the issue, I fully expect a workaround to be found anytime now.
NEWS SOURCE:engadget.com
Newsletter Subscription