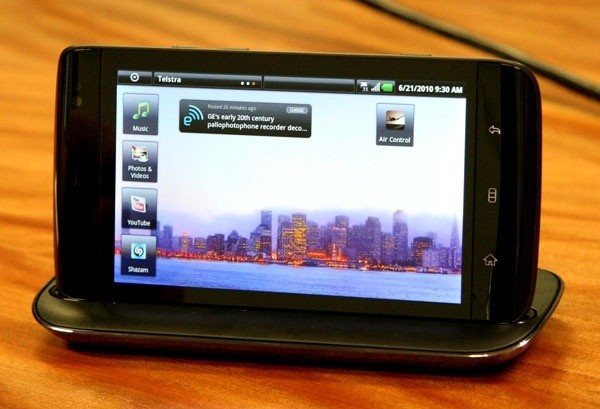 Optus will have a 3 month exclusive, offering the Dell Streak from October 1 for FREE on it's $59 plan, locked in a 24 month contract. The Streak will also be available on the $79 cap and $99 Timeless plans, as well as the $49 cap with an additional $7 per month for the handset.

Dell says the Streak will sell for $649 outright - they also rumour to release a 7-inch and 10-inch version coming next year.

The Streak features a 1GHz Snapdragon CPU, 5MP camera with dual LED flash, 2GB internal memory and will include a 16GB micro-SD card. At the moment, it's understood to run Android 1.6 - although before launch it might get the upgrade to 2.2
NEWS SOURCE:cnet.com.au