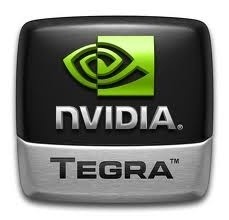 Tegra 2 is out the gate, which is surprising for NVIDIA's CEO Jen-Hsun Huang to casually note that Tegra 3 is nearly done and the work is starting on Tegra 4.

Not much was talked about with the chip itself and no parters were announced.

As for announcing a new Tegra each year - it's not too hard, but whether it's a jump in performance, features, etc is a different question.

It's good to see a few announcements all in a row from the green team though!!
NEWS SOURCE:crunchgear.com