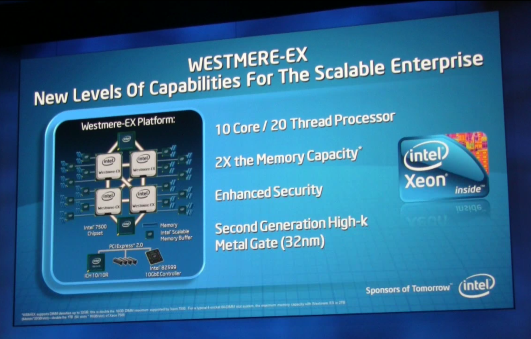 Along with the increase in cores, Westmere-EX processors will be able to address 2TB of memory, which is two times the addressable memory of the previous generation. This is useful to large databases which will be able to run solely from memory as opposed to a non-volatile storage device. These CPUs are going to be compatible with the current Xeon 7500 series, which means you won't have to build a whole new system to use these new processors. Look for these to become available sometime in the first half of 2011.
NEWS SOURCE:bit-tech.net
Newsletter Subscription