NewsReviewsArticlesGuidesGamingAsk the ExpertsNewsletterForums
GIVEAWAY: Gaming peripherals upgrade thanks to Corsair worth $280
Mobile Devices
The Star Wars R2-D2 edition Droid 2 has a lot of Android fans talking, and a contest by Amazon has released a matching peripheral: The R2-D2 Edition dock that perfectly matches the handset. 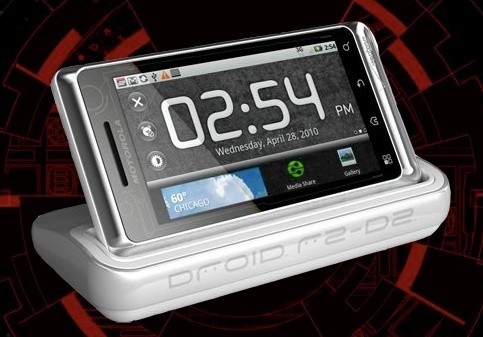 In a "treasure hunt" type of contest, the lucky winner David Holt followed clues to a Star Wars book on Amazon. After copying the ISBN number of that book into a code input screen, he unlocked photos of the dock and won himself both a free handset and the dock. Not a bad way to drive interest in a new handset as well as introduce a new item.
NEWS SOURCE:mobilecrunch.com