All NewsBusiness, Financial & LegalCases, Cooling & PSUContests & GiveawaysCPU, APU & ChipsetsDealsDisplays & ProjectorsGamingMotherboardsScience, Space & RoboticsStorageVideo CardsVirtual & Augmented Reality
All ReviewsAll ArticlesAudio, Sound & SpeakersCases, Cooling & PSUCPUs, Chipsets & SoCsComputer SystemsDisplays & ProjectorsGamingMotherboardsNetworkingPeripheralsStorageVideo Cards
GuidesGamingAsk the ExpertsNewsletterAboutForums
Windows 11Halo InfiniteBattlefield 2042Elon MuskGTA 6RTX 3080HDMI 2.1Bitcoin Mining
TRENDING NOW: Largest known comet ever discovered, and we will be able to see it
Gaming
One of the reasons I steer clear of shooters on the console is that I am a mouse and keyboard man. I prefer shooters on my PC, but there are some PC games that are best suited to a gamepad or a joystick. Any gamer who has tried to play a racing sim or a flight sim will tell you the mouse and keyboard are not best for those types of games. 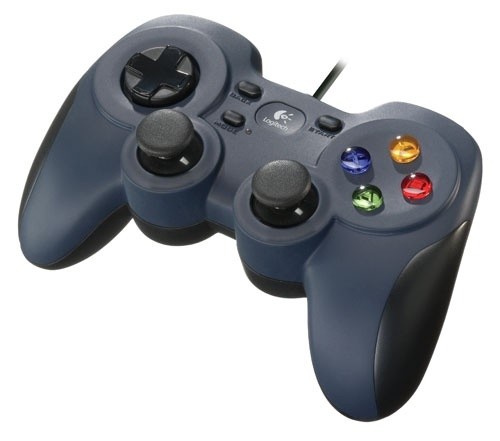 The big feature of the F710 is that it is a wireless controller and uses 2.4GHz technology to connect. It uses the familiar nano-receiver Logitech uses for all its wireless gear. All of the controllers have the familiar shoulder buttons from console controls. Pricing and availability information is not offered at this time.
NEWS SOURCE:blog.logitech.com