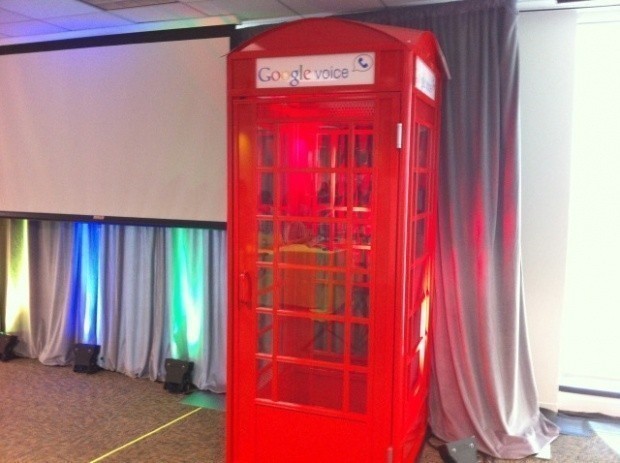 Google's press event in San Francisco offered up a ton of new goodies today. The company launched Google Voice integration with Gmail, allowing Gmail users in the U.S. to make and receive phone calls over Gmail to landlines and cell phones. Calls to the U.S. and Canada are free, while calls to dozens of other countries are only two cents per minute.

This large expansion to Google Voice adds several new features: Both outgoing and incoming calls are supported, calls can be switched between Gmail interface and call/landline interface, and Google Voice can be set up to ring multiple phones to reach you wherever you may be. Google says audio quality is outstanding; even over a computer's built in speakers.

Google is even placing big red phone booths at selected airports and colleges to allow people to try out the new service free of charge. Just connect to the Google Chat toolbar and select place call, and you are able to dial your number. Incoming call alerts pop up at the bottom right corner of your screen.

Google says they have no plans to ever charge for calls to the U.S. and Canada, so it looks like services like Skype may have a major competitor in the VoIP game. Just one more step towards Google's total world domination, I suppose.
NEWS SOURCE:pcworld.com
Newsletter Subscription