NewsReviewsArticlesGuidesGamingAsk the ExpertsNewsletterForums
JVC has been in the electronics market for a long time. The company has its fingers in all manner of product lines from car audio to home theater gear and digital cameras and camcorders. JVC has announced a couple new camcorders that are very similar with one notable difference. The new camcorders include the GC-WP10 and the GC-FM2. 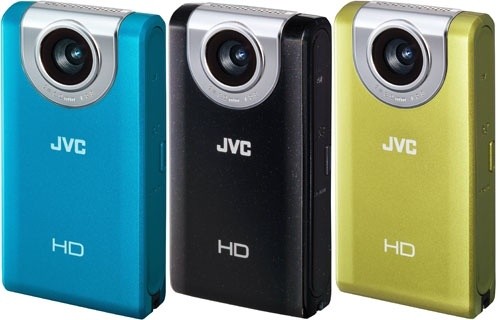 Both of the camcorders record in 1080p resolution and support other resolutions like 720p and iFrame among others. The cameras can do time-lapse recording and both have a 3-inch touchscreen on the rear. That touchscreen is where the video is viewed when recorded and has the menus for accessing the device settings.

The big difference between the two is that the WP10 is water resistant to 10-feet and can film underwater or in the rain. Both cameras record to SD/SDHC/SDXC memory cards. The cameras also come with software for editing and uploading the movies shot to the internet or move the video to DVD. The FM2 will ship in early September for $179.95 and the WP10 will ship in late September for $199.95.
NEWS SOURCE:pitchengine.com