NewsReviewsArticlesGuidesGamingAsk the ExpertsNewsletterForums
GIVEAWAY: Gaming peripherals upgrade thanks to Corsair worth $280
Mobile Devices
Cobra Electronics has been around for a very long time. Back in the days before mobile phones if you wanted to talk while you were rolling in your car or truck you needed a CB radio. Cobra was one of the more common makers of the things. Now that mobile phones are everywhere, I hardly see the Cobra brand any more. 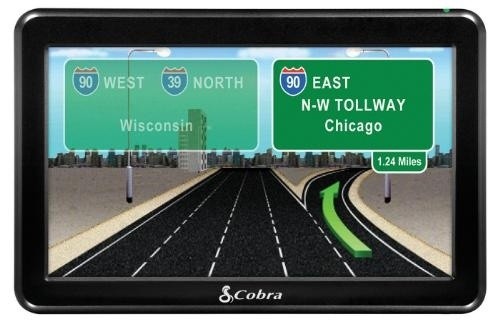 The company has announced a new GPS device called the 7750 Platinum that is aimed at truckers. The thing has maps specifically optimized for truckers with things like last mile coverage from port-to-port and special logs that truckers need. The GPS device can automatically write up State Mileage Logs for the driver based on their route and has an hours of service timer to keep up with when they have to sleep.

In addition to those special features, the device offers turn-by-turn driving directions and all that normal stuff you expect from a GPS. The thing has a big 7-inch screen that is made to be viewable in direct sunlight and has lots of coverage for major highways and secondary roads. The device will ship soon for $499.95.
NEWS SOURCE:cobra.com