All NewsBusiness, Financial & LegalCases, Cooling & PSUContests & GiveawaysCPU, APU & ChipsetsDealsDisplays & ProjectorsGamingMotherboardsScience, Space & RoboticsStorageVideo CardsVirtual & Augmented Reality
All ReviewsAll ArticlesAudio, Sound & SpeakersCases, Cooling & PSUCPUs, Chipsets & SoCsComputer SystemsDisplays & ProjectorsGamingMotherboardsNetworkingPeripheralsStorageVideo Cards
GuidesGamingAsk the ExpertsNewsletterAboutForums
This must be the week of cameras, there have been several new digital cameras unveiled over the last few days. One of those cameras that has surfaced is the Canon G12 digital camera. The camera has been leaked apparently by CNET Asia who received a copy of a press release with some details of the new camera on it. 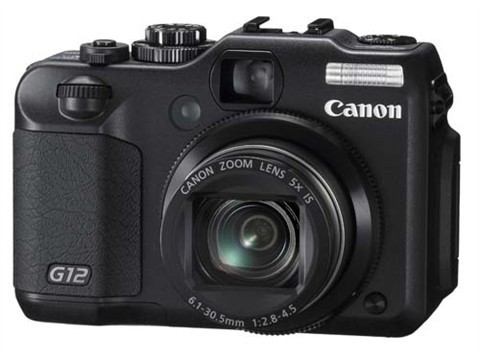 The Canon G series cameras are the point and shoot cameras that have manual features. The new camera has a 10MP CCD, which should make for nice image quality. The lens used on the G12 is a 5x optical zoom unit with f/2.8-4.5 range. The rear LCD is a 2.8-inch unit that swivels and tilts with a resolution of 480 x 320.

The camera also has a video recording mode that is good for up to 720p resolution. The camera has the wealth of manual modes and features that we expect on G series cameras along with image stabilization. One interesting feature is an HDR mode when using bracketed exposures. Pricing and the official launch date for the G12 is unknown with more details expected later this month.
NEWS SOURCE:crunchgear.com