NewsReviewsArticlesGuidesGamingAsk the ExpertsNewsletterForums
Peripherals
Viewsonic made a very earth-friendly announcement today when they stated that all of their monitors would feature Light Emitting Diode (LED) technology by 2011. This should offer customers "significant energy cost savings and improved performance and contrast." 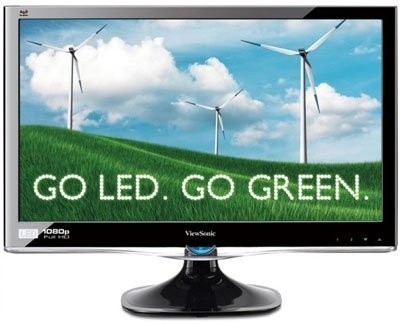 Displays that use LED backlighting instead of traditional CCFL lamps boast an energy savings of around 40 percent, low electromagnetic interference, and slimmer design. With the cost of producing the monitors dropping, hopefully more companies will take this cue. Viewsonic's recent release of their VX2250wm-LED 22 inch LED monitor that retails for around $165 has shown that an LED monitor doesn't have to have the serious price premium that it used to.
NEWS SOURCE:macworld.com