NewsReviewsArticlesGuidesGamingAsk the ExpertsNewsletterForums
Mobile Devices
The Android tablet market is about to get a bunch of new products it seems. There are a lot of computer makers that are seeing the iPad cut into their sales of notebooks and netbooks. To fight the iPad there are a gob of new tablets coming to market and many of the new tablets are counting on Android as the operating system for the iPad fighters. 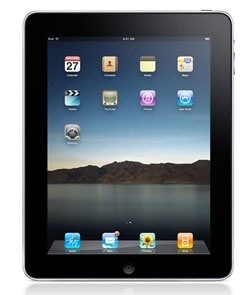 I just mentioned a new eReader launching next month that will run Android and eLocity has a new tablet coming that will run Android and have a 7-inch screen. The interesting thing about the eLocity A7 is that it will be pushed by Stream TV and will support multimedia. The tablet's full specifications are being withheld until the device lands for pre-ordered on August 24.

All the maker is telling us is that the tablet runs Android, has a 7-inch screen, and will support multimedia. The tablet promises a new level of multimedia and graphics performance. The device will be offered through leading online retailers according to Stream TV.
NEWS SOURCE:elocitynow.com