NewsReviewsArticlesGuidesGamingAsk the ExpertsNewsletterForums
GIVEAWAY: Get in the game with XPG - keyboard, headset and mouse pad
Mobile Devices
While using PayPal on your Android phone has been around for a while now, purchasing apps from the Android Market with your PayPal account has been beyond the user's grasp. This may be changing soon, as the folks from Google and Paypal are in talks and could may paying for apps via PayPal a reality by the end of the year. 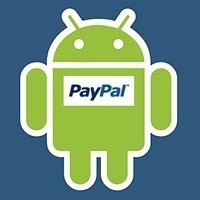 Currently, Android users that don't have carrier billing have to use Google Checkout for app purchasing which makes sense since they fly under the same flag. This would definitely take some work, as app sales are currently split 70/30, with the developer getting the 70 percent. As those of use who use this system regularly know, PayPal is definitely going to want their cut of the money. This may not matter much to Google as app sales aren't really a huge part of their bottom line.

Hopefully this will come together, both as an Android fan and a regular PayPal user. It seems that both developers and customers have wanted an alternative to Google Checkout for some time and offering PayPal would make a ton of sense. Nothing is final though, so we will keep you posted.
NEWS SOURCE:pcworld.com