NewsReviewsArticlesGuidesGamingAsk the ExpertsNewsletterForums
Mobile Devices
Nokia has announced a major facelift to their X3 phone lineup with the X3 'Touch and Type' phones. These "hybrid" phones look like a normal candy bar phone with a standard 12 button keypad, but also features a 2.4" touchscreen as well. 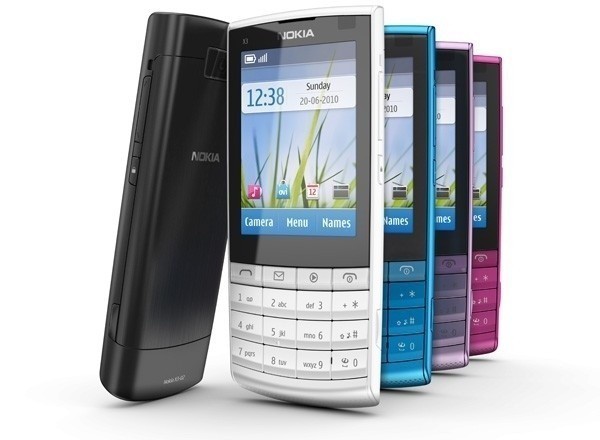 Bluetooth, 3G, and WiFi connectivity, an FM and music player, a 5mp camera, and an included 16GB memory card round out the major features of the phone which will be available in five different colors with a brushed aluminum design. Access to Nokia's Ovi Store will of course be available, and the phone is expected to release this fall with a pricetag around $160 USD.