NewsReviewsArticlesGuidesGamingAsk the ExpertsNewsletterForums
GIVEAWAY: Get in the game with XPG - keyboard, headset and mouse pad
Mobile Devices
You would think that when a portable device with a screen dubs itself the "world's first 3D-capable Blu-ray player" that you'd be able to watch 3D movies on the go. That's not quite the case with the Samsung BD-C8000. 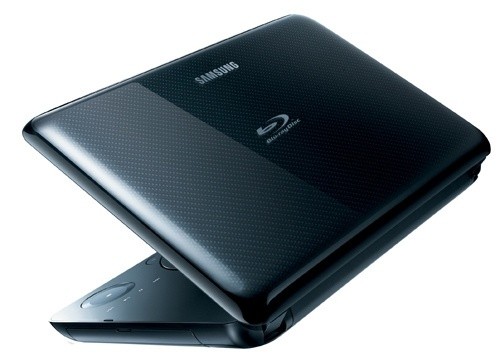 This portable Blu-ray player boasts a 10.3" screen, 1080p playback, a three hour battery, and Wi-Fi and HDMI connectivity, but the screen itself does not show 3D; you have to plug it into a 3D capable TV and watch the 3D action that way. It's a slick looking portable device; just watch out for that $500 USD price tag.
NEWS SOURCE:gizmodo.com