Stephen says "The Coalition's focus on wireless defies the advice of industry experts who agree it is a complementary technology to fibre and will not deliver the high speeds and capacity needed for the delivery of healthcare, education and business applications of the future. 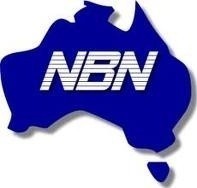 Even providers agree that hybrid fibre coaxial is not the answer to Australia's broadband future. Like wireless, broadband on HFC is shared, which means the more people using it, the slower it gets".

Stephen then went on to say that because the Coalition's plan will not require the structural separation of Telstra in Wholesale and Retail businesses, it also fails the test of economic reform as opposed to the NBN which he says would drive competition in the sector due to being an open access platform that could be used by any service provider for the same price, terms and conditions.

Stephen also made the statement that this reform has been overdue in the country for more than 20 years now. "If Australia doesn't have the courage to compete with the rest of the world, we will get beaten by the rest of the world".
NEWS SOURCE:itwire.com
Newsletter Subscription