NewsReviewsArticlesGuidesGamingAsk the ExpertsNewsletterForums
GIVEAWAY: Gaming peripherals upgrade thanks to Corsair worth $280
Tweaking & Overclocking
We were rushed right from the award presentation to the Dinner. From there things got even more crazed, including a three hour delay on my flight back to Orlando... 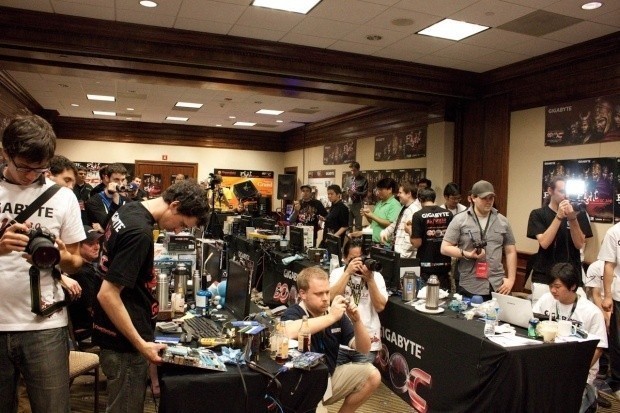 But all that aside let's get down to what you really want to know about; the winners. 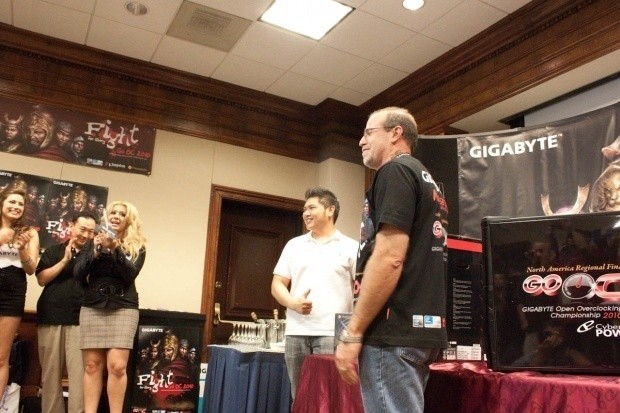 Ross managed to grab the third place spot along with a pile of hardware Ransom Koay from Thermal Take. 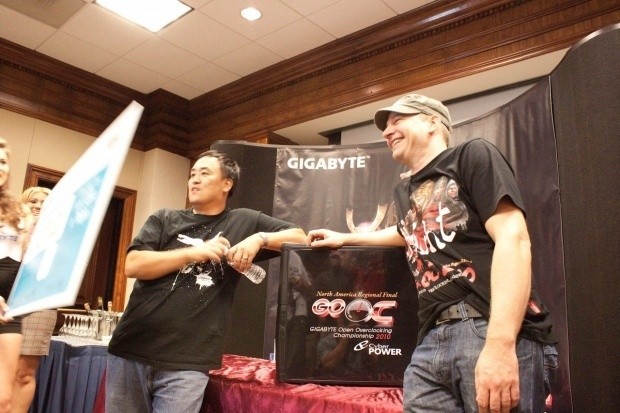 Second place fell to MikeGuava. Mike won a complete system put together by Cyber Power and presented by Kingston. Mike also gets a round trip ticket to Taipei and the world championship competition. 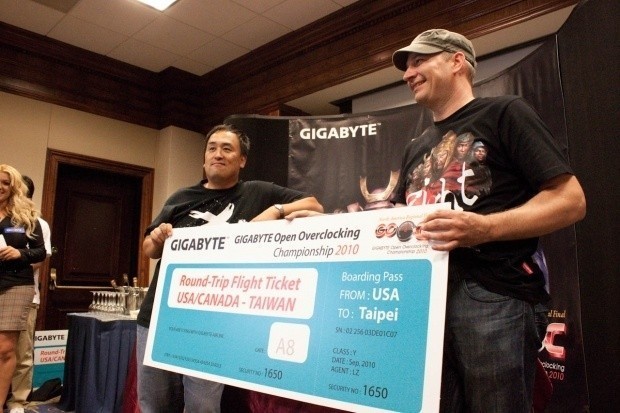 The big winner for the event was sno.lcn who was presented with s custom system from iBuyPower a silver winner's plate and also a ticket to the championship event in Taipei. 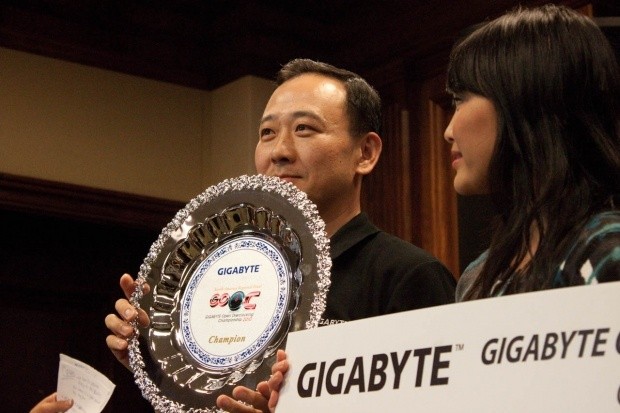 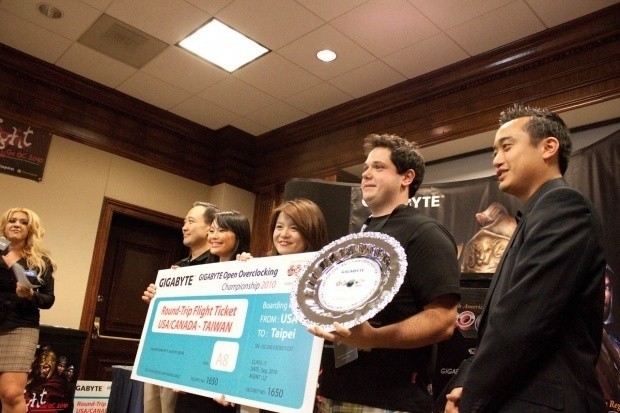 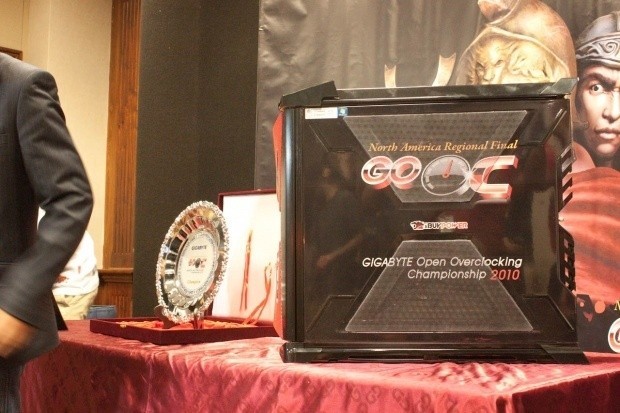 After that the winners got up for a Champaign toats and, of course to spray things around the crowd. Some of us on the sidelines got caught up in the fun as well. 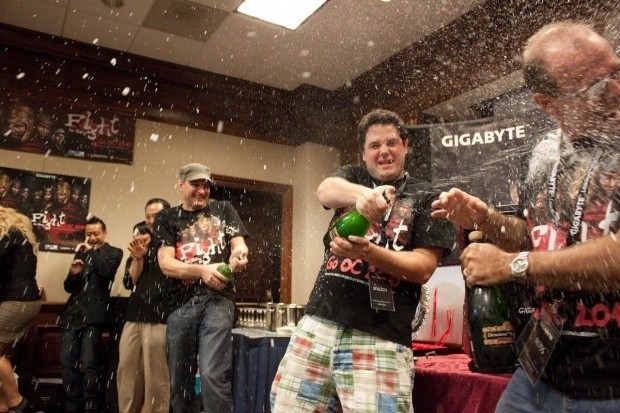 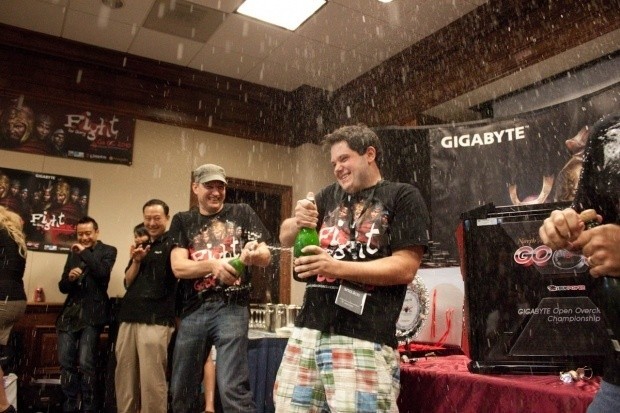 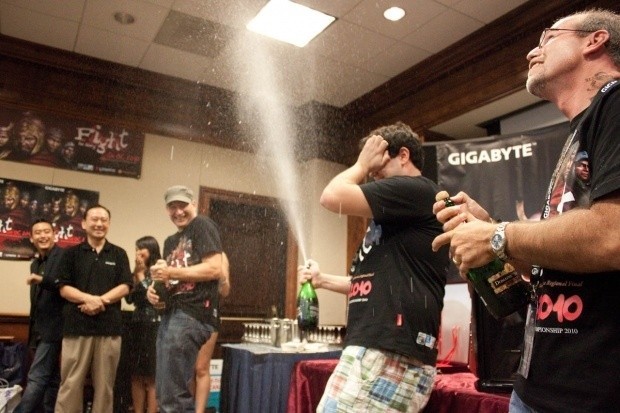 Finally they brought everyone up to the front for some pictures. After that we rushed over to the dinner and, of course, the after party... 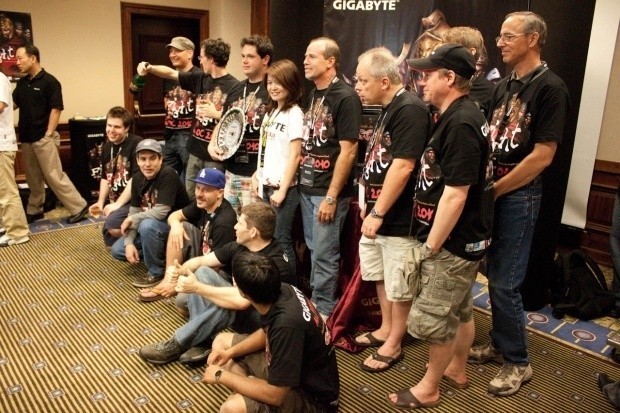