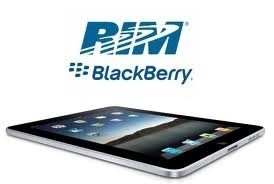 The tipoff came from someone doing a WHOIS search on a domain sating that RIM purchased the name only a few days ago. The domain has been owned by quite a few people since 2002, so RIM had to go and find the owner and take it off their hands. Whether it's the pre-production codename or what we'll see on retail packaging, the folks at Blackberry are making sure they've got this little marketing tool in their pocket.
NEWS SOURCE:news.yahoo.com
Newsletter Subscription