NewsReviewsArticlesGuidesGamingAsk the ExpertsNewsletterForums
Gaming
I have long said that I will not play shooters on a console because I don't like playing with a controller. I prefer to control my games with a mouse and keyboard. You might recall that a while back Microsoft was talking about a new system that would let Windows and Xbox 360 gamers play head to head. 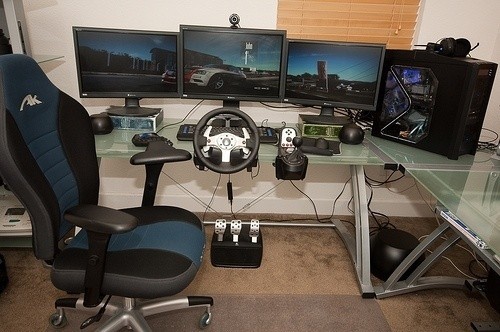 I have often wondered what happened to that plan after such along time with no word from Microsoft. Raul Sood from Voodoo PC claims that he hears that the reason it was cancelled is that console gamers were massively powned by their PC brethren.

According to Sood, he claims that sources have told him that during testing of the service each time a console gamer and a PC gamer squared off, the PC gamer dominated. The lack of console gamers ability to compete was reportedly embarrassing to the Xbox team and the while cross-platform gaming thing was scrapped. That is a very interesting rumor, too bad we have no idea if it's true or not.
NEWS SOURCE:crunchgear.com