All NewsBusiness, Financial & LegalCases, Cooling & PSUContests & GiveawaysCPU, APU & ChipsetsDealsDisplays & ProjectorsGamingMotherboardsScience, Space & RoboticsStorageVideo CardsVirtual & Augmented Reality
All ReviewsAll ArticlesAudio, Sound & SpeakersCases, Cooling & PSUCPUs, Chipsets & SoCsComputer SystemsDisplays & ProjectorsGamingMotherboardsNetworkingPeripheralsRAMStorageVideo Cards
GuidesGamingAsk the ExpertsNewsletterAboutForums
RTX 3090 TiRTX 4090Diablo 2GTA 6Halo InfiniteElon MuskRTX 3080HDMI 2.1
Mobile Devices
It seems that the real reason has been found behind he iPhone 4's "losing bars" problem: a "totally wrong" formula to show how many bars of signal strength they are getting. This is the reason Apple has stated behind the large signal strength drop shown by holding the phone on the antenna. 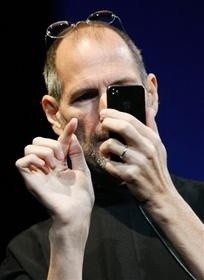 Most sites, including Tweaktown, reported a couple of days ago the Anandtech report on the formula woes of the iPhone 4's antenna drop due to the formula used to show the signal strength on the display and the problems that it could cause. "Their big drop in bars is because their high bars were never real in the first place," the company said in a statement.

Apple has stated that a free software update, which will remedy this problem as well as make the bars taller and easier to see, will be made available in the coming weeks.