All NewsBusiness, Financial & LegalCases, Cooling & PSUContests & GiveawaysCPU, APU & ChipsetsDealsDisplays & ProjectorsGamingMotherboardsScience, Space & RoboticsStorageVideo CardsVirtual & Augmented Reality
All ReviewsAll ArticlesAudio, Sound & SpeakersCases, Cooling & PSUCPUs, Chipsets & SoCsComputer SystemsDisplays & ProjectorsGamingMotherboardsNetworkingPeripheralsStorageVideo Cards
GuidesGamingAsk the ExpertsNewsletterAboutForums
Gaming
I have mentioned Gioteck a few times recently. The company announced during E3 that it would be bringing some of its cool gaming gear to the US. One of the items is the HF-1 PS3 controller. 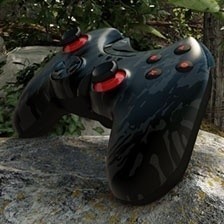 The HF-1 connects to the PS3 via Bluetooth and is arranged in a configuration like the Xbox 360 controllers. I prefer the PS3 layout myself. The entire controller is designed for comfort in the hands during long gaming sessions.

Other features include a Flipswitch that swaps R1 and R2 functionary putting the triggers closer to the top of the controller. The device also has a turbo button and will be in stores before Christmas.
NEWS SOURCE:gioteck.com