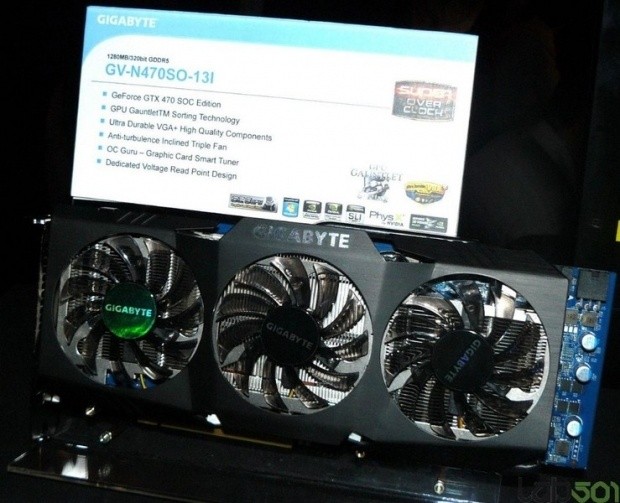 And we can't forget the icing on the cake, a mega beefy cooler with three large fans that have been inclined slightly to reduce turbulance. When you consider what a reference GTX 470 is already capable of when overclocking, it's exciting to imagine just how much farther this beast can go. Unfortunately clock speeds of the model have not yet been mentioned.
NEWS SOURCE:techpowerup.com
Newsletter Subscription