All NewsBusiness, Financial & LegalCases, Cooling & PSUContests & GiveawaysCPU, APU & ChipsetsDealsDisplays & ProjectorsGamingMotherboardsScience, Space & RoboticsStorageVideo CardsVirtual & Augmented Reality
All ReviewsAll ArticlesAudio, Sound & SpeakersCases, Cooling & PSUCPUs, Chipsets & SoCsComputer SystemsDisplays & ProjectorsGamingMotherboardsNetworkingPeripheralsStorageVideo Cards
GuidesGamingAsk the ExpertsNewsletterAboutForums
RTX 3090RTX 3080RTX 3070RTX 3060HDMI 2.1Bitcoin MiningBattlefield 6Fallout 76 2021
Gaming
Way back in 2008 Sony got a lot of us excited when it started to talk about the PlayTV add on for the PS3. The device let you turn the PS3 in to a DVR and watch over the air programs. The big catch was that the device landed in Europe but never came to the US. 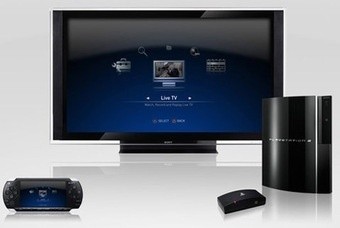 Kotaku reports that Sony is now at work on the PlayTV and is working on a new PlayTV 2 according to a Sony producer at Cambridge Studio. There are no details on the PlayTV 2 system to share at this time.

I hope that if the new version is really in the works it finally comes to the US. It would be cool to get some extra use out of the PS3.
NEWS SOURCE:kotaku.com