All NewsBusiness, Financial & LegalCases, Cooling & PSUContests & GiveawaysCPU, APU & ChipsetsDealsDisplays & ProjectorsGamingMotherboardsScience, Space & RoboticsStorageVideo CardsVirtual & Augmented Reality
All ReviewsAll ArticlesAudio, Sound & SpeakersCases, Cooling & PSUCPUs, Chipsets & SoCsComputer SystemsDisplays & ProjectorsGamingMotherboardsNetworkingPeripheralsRAMStorageVideo Cards
GuidesGamingAsk the ExpertsNewsletterAboutForums
RTX 3090 TiRTX 4090Diablo 2GTA 6Halo InfiniteElon MuskRTX 3080HDMI 2.1
Video Cards
Remember that modified HD 5970 from Power Color we first heard about back in April which gave not six, not eight, not even 10, but 12 mini-Display ports for 'Eyefinity12' lovin' ? - A bunch of new images released from PowerColor themselves today let us know it's definitely a reality and is coming to market very soon; most likely being prepared for launch during Computex early next month. 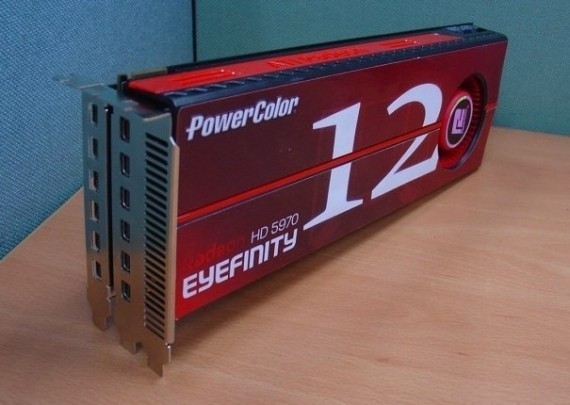 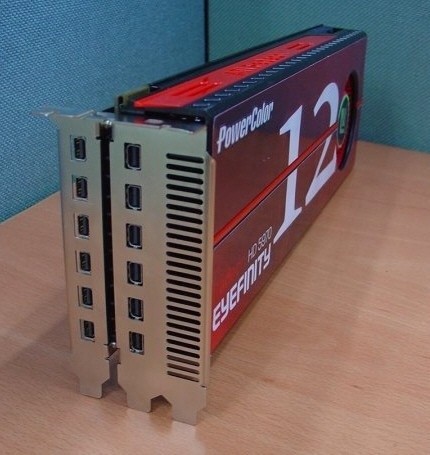 These new pictures show the card for the first time with its cooler assembly mounted and a large and proud "12" stickered on it, of which it deserves to scream out loudly and proudly given its the first of its kind to give this level of extended multi-monitor support. 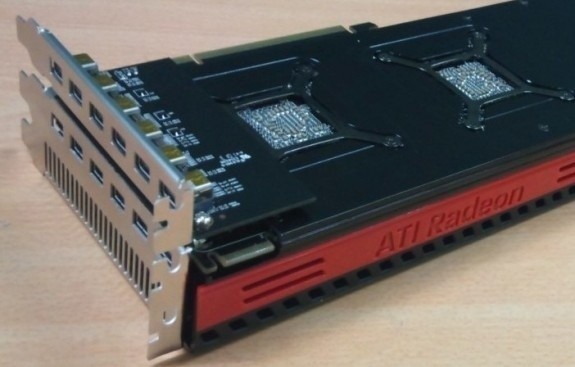 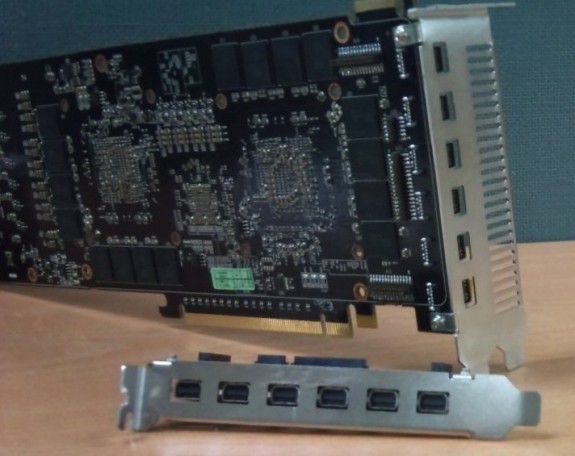 In confirming its specs, being based on the HD 5970 it uses a couple Cypress 40nm GPUs and features a 2x256-bit memory interface with 4GB of GDDR5 memory onboard. In order to give enough room for all the connections on the I/O as well as providing an exhaust for heat buildup, the card will take up three slots. However, if you won't initially be using more than six monitors, PowerColor has designed this monstrous card so that you can easily remove the daughter board with the other six mini-DisplayPorts on it.

Thanks goes to Tech Connect for sharing out the pics.
NEWS SOURCE:tcmagazine.com
Newsletter Subscription