All NewsBusiness, Financial & LegalCases, Cooling & PSUContests & GiveawaysCPU, APU & ChipsetsDealsDisplays & ProjectorsGamingMotherboardsScience, Space & RoboticsStorageVideo CardsVirtual & Augmented Reality
All ReviewsAll ArticlesAudio, Sound & SpeakersCases, Cooling & PSUCPUs, Chipsets & SoCsComputer SystemsDisplays & ProjectorsGamingMotherboardsNetworkingPeripheralsRAMStorageVideo Cards
GuidesGamingAsk the ExpertsNewsletterAboutForums
RTX 3090 TiRTX 4090Diablo 2GTA 6Halo InfiniteElon MuskRTX 3080HDMI 2.1
Mobile Devices
Android users everywhere are pretty fired up about all of the capabilities being brought to their phones with the "Froyo" update, Android 2.2. Speedier performance, WiFi hotspot capabilities, and tethering are just the tip of the iceberg. Now it is being reported that Android is taking a direct shot at Apple's list of "iPad optimized" (read: Adobe Flash-free) sites with a link to an Adobe Mobile website after the upgrade is completed. 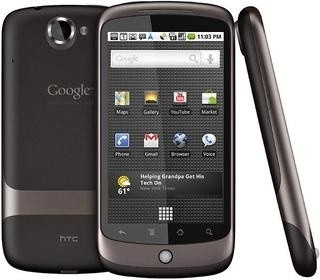 This link is said to take Android users to a page that gives an option to either receive a full list of sites that are Flash 10.1 enabled or visit the Adobe site to receive Flash products. The list of sites is already live for the Droid and Nexus One products and seem to change according to the device that is being used, which is a bit odd but may change in the future after 2.2 is officially launched.

Flash capability is obviously something that Android is banking on to increase their market share over Apple products. With Adobe and Google working together to connect Flash with all of their products including their Chrome browser and upcoming Chrome OS, lines seem to be drawn in the sand in the mobile device wars between these two heavyweights.
NEWS SOURCE:techcrunch.com
Newsletter Subscription