NewsReviewsArticlesGuidesGamingAsk the ExpertsNewsletterForums
Peripherals
As far back as 2008 we heard about Art. Lebedev Studio's plans to bring another version of the Optimus keyboard to market in the Popularis, but it unfortunately got thrown by the wayside not far beyond prototype stage (concept pictured below). 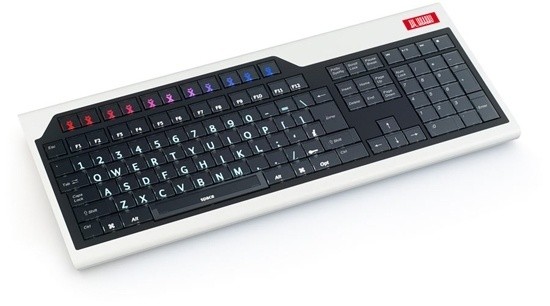 However, the Russian design house has just let everyone know they have decided to continue working on development of the Optumus Popularis and it being planned to enter production this year, with availability sometime next.

We don't know any specifics about the keyboard this early on, but apparently it won't be using a tiny screen for each key; rather, it will be a single large screen with each of the transparent keys sitting above.

We should know more about it (and hopefully get some updated images of how its coming along) as early as next month; a promise made by Art. Lebedev themselves.