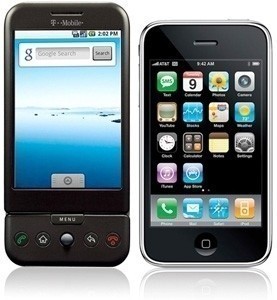 Fresh off NPD's latest Mobile Phone Track report claiming that Android has leapfrogged the iPhone in US sales, Apple is commenting on the numbers -- and as you might expect, they're not exactly taking a congratulatory tone with Google. Speaking to AllThingsD's John Paczkowski, Cupertino had this to say:

"This is a very limited report on 150,000 US consumers responding to an online survey and does not account for the more than 85 million iPhone and iPod touch customers worldwide. IDC figures show that iPhone has 16.1 percent of the smartphone market and growing, far outselling Android on a worldwide basis. We had a record quarter with iPhone sales growing by 131 percent and with our new iPhone OS 4.0 software coming this summer, we see no signs of the competition catching up anytime soon."

The factual accuracy of Apple's words here can't really be disputed, but as Paczkowski notes, the context can: lumping the iPod touch into this equation isn't really fair, since NPD's report is about smartphones, not mobile operating systems (which would've let devices like non-phone Android MIDs into the picture). Besides, this is about the US market in the first quarter of 2010, not global sales, nor is it about Apple's development pipeline. In other words, Apple's not disputing NPD's report here -- rather, they're simply trying to change the subject, as any properly-trained PR department would. There's no question Android still has an uphill battle to dominate market (and mind) share the world over, but the odds that it outsold the iPhone in the US in Q1 remain very real.
NEWS SOURCE:engadget.com
Newsletter Subscription