NewsReviewsArticlesGuidesGamingAsk the ExpertsNewsletterForums
Cases, Cooling & PSU
Who would have thought NEC would be the one to come out with something like this. It's been discovered they've been working on a unique CPU cooling solution that is said to use up to 60% less energy than a typical ewater cooling setup and a whopping 80% better effiency claim compared to traditional air-cooling methods. 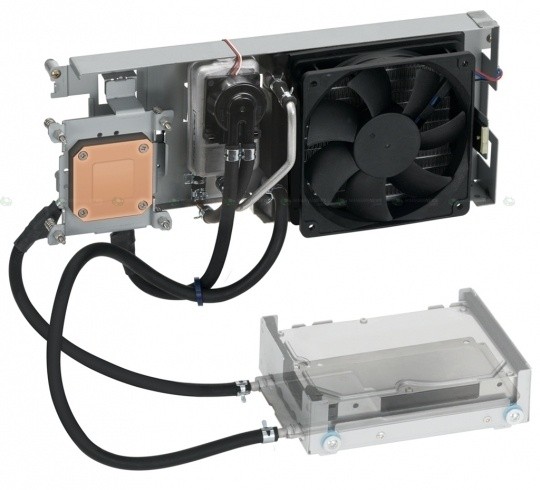 This eco-friendly unit works by making use of the heat generated from the CPU to boil the cooler's CFC (Chlorofluocarbon) alternate. At around 50c it changes into a gaseous state and the vapors are what removes the heat from the CPU, traveling into a radiator that is cooled by a fan which is then reverted back into the liquid state; repeat cycle.

Another benefit aside from much less energy being used is that it's said to be approximately 70% cheaper to manufacture than average water cooling solutions and thus the savings will be handed over to the buyer.

The cooler won't be available to consumers for a while yet as NEC wants to test the cooler internally in data centers first and make any necessary improvements along the way.