NewsReviewsArticlesGuidesGamingAsk the ExpertsNewsletterForums
Mobile Devices, Tablets & Phones
Placing a sturdy foot in the smartphone and tablet markets, Intel has today launched its Moorestown platform which comprises a 45nm Atom X6xx series SoC (System-on-Chip) with a 140 million transistor count, and the MP20 controller hub.

The platform promises massive power savings compared to Intel's pre-gen product, with a >50x reduction in idle power, >20x reduction in audio power and 2 to 3x reductions when browsing and watching videos. 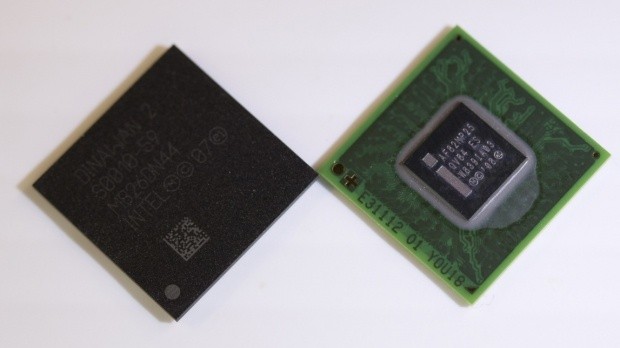 Intel says Moorestown is capable of giving mobile devices over 10 days of standby power and 4 to 5 hours when used intensively for browsing and watching video (of which it's said to be capable of 1080p decoding and 720p recording). The GMA 600 graphics core also has support for OpenGL ES 2.0, OpenGL 2.1 and OpenVG 1.1.

Other features include WiFi, 3G/HSDPA and WiMAX and it can be used with OS's including Android, Meego and Moblin 2.1+.

With the official launch today being a hard one, Intel's new low-power platform is available to device manufacturers right now, so it shouldn't be too long before we see Moorestown equipped units announced.