All NewsBusiness, Financial & LegalCases, Cooling & PSUContests & GiveawaysCPU, APU & ChipsetsDealsDisplays & ProjectorsGamingMotherboardsScience, Space & RoboticsStorageVideo CardsVirtual & Augmented Reality
All ReviewsAll ArticlesAudio, Sound & SpeakersCases, Cooling & PSUCPUs, Chipsets & SoCsComputer SystemsDisplays & ProjectorsGamingMotherboardsNetworkingPeripheralsStorageVideo Cards
GuidesGamingAsk the ExpertsNewsletterAboutForums
Apps
There's a new language translation app coming out for the iPhone which looks to be very well thought out and should be embraced by travellers as the perfect companion in times when you'd otherwise be left scratching your head. 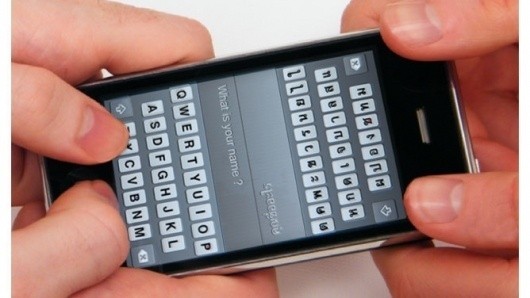 Converse iPhone app is a double ended multilingual translator that provides face-to-face instant messaging between people of different languages. It's designed in such a way that messages from either end of a single iPhone can be written at the same time and displayed to the person on the other end.

51 different languages are selectable as are non-Latin keyboards for languages such as Arabic, Chinese, Japanese, Korean, Russian, Thai, Czech, Hebrew and Ukrainian.