All NewsBusiness, Financial & LegalCases, Cooling & PSUContests & GiveawaysCPU, APU & ChipsetsDealsDisplays & ProjectorsGamingMotherboardsScience, Space & RoboticsStorageVideo CardsVirtual & Augmented Reality
All ReviewsAll ArticlesAudio, Sound & SpeakersCases, Cooling & PSUCPUs, Chipsets & SoCsComputer SystemsDisplays & ProjectorsGamingMotherboardsNetworkingPeripheralsRAMStorageVideo Cards
GuidesGamingAsk the ExpertsNewsletterAboutForums
RTX 3090 TiRTX 4090Diablo 2GTA 6Halo InfiniteElon MuskRTX 3080HDMI 2.1
Mobile Devices, Tablets & Phones
You remember that HP Slate, the rig that Ballmer had on stage back at CES. HP has decided to axe the Windows 7 tablet, and honestly, that's not such a bad thing. It was doomed in my opinion because it was nothing but a netbook sans a keyboard. 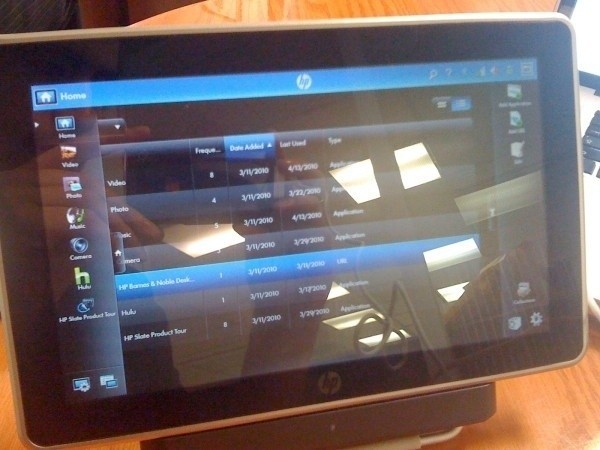 HP has officially killed off the Slate project. Speculation has rumors circulating that HP might be killing of the Windows 7 tablet in favor of bringing a WebOS tablet to market.

That would be something good to do with the shiny new Palm toy that HP recently purchased. If that will ever happen remains to be seen, but the Slate as we know it is dead.
NEWS SOURCE:techcrunch.com