Ouch! - In being the first to 'get hold of' and show off the next gen iPhone on the web in detail has come at one helluva hefty price for Gizmodo, not only counting the $5k transaction they made to get it into their posession from an unknown entity.

The site's editor Jason Chen has indicated he's in a world of hurt after performing this little stunt last week. 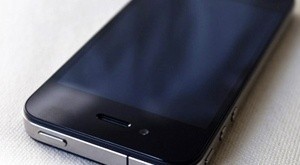 Last week it was reported that law enforcement in the Silicon Valley area had begun investigating how this iPhone was mysteriously lost and had gotten into wrong hands.

Fast forward to last Friday night and this update from Jason Chen, editor of Gizmodo shows what lengths they went to. :-

Last Friday night, California's Rapid Enforcement Allied Computer Team entered editor Jason Chen's home without him present, seizing four computers and two servers. They did so using a warrant by Judge of Superior Court of San Mateo. According to Gaby Darbyshire, COO of Gawker Media LLC, the search warrant to remove these computers was invalid under section 1524(g) of the California Penal Code.

The Rapid Enforcement Allied Computer Team's main goal was to obtain email communications, call rcords, contact lists, text messages and any other material they could find relating to the sale of the 4G iPhone. Despite Chen not being present at the time of their arrival at his residence, they'd gone to extremes and bashed down his door, seizing 19 items from his home including notebooks, storage devices, digital cameras and other Apple devices.

That's a big, big price to pay for a tidal wave of traffic on your website.
NEWS SOURCE:dailytech.com
Newsletter Subscription