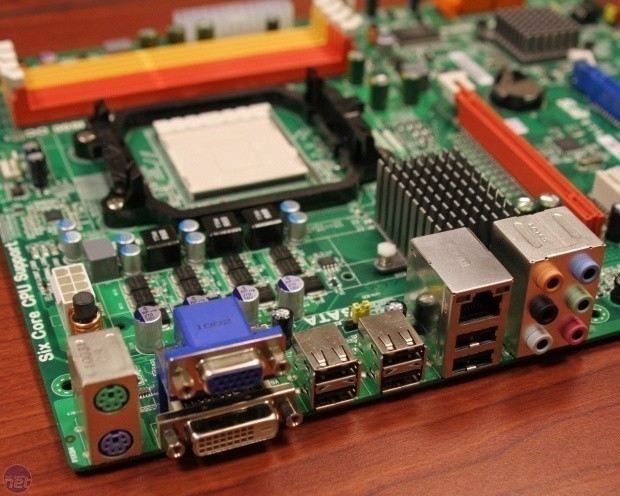 Interestingly this board uses a full-ATX form factor, despite the lower-end market the chipset and this particular board is aimed toward. This was the first sign that ECS wasn't going as cheap as possible in the development of this board.

From there it was quickly discovered that they kept with the SB850 Southbridge as opposed to the cheaper/older SB750 some other mobo makers are still choosing to implement as another form of cost cutting, meaning this board gets native SATA 6Gbps support and a couple extra USB 2.0 ports. 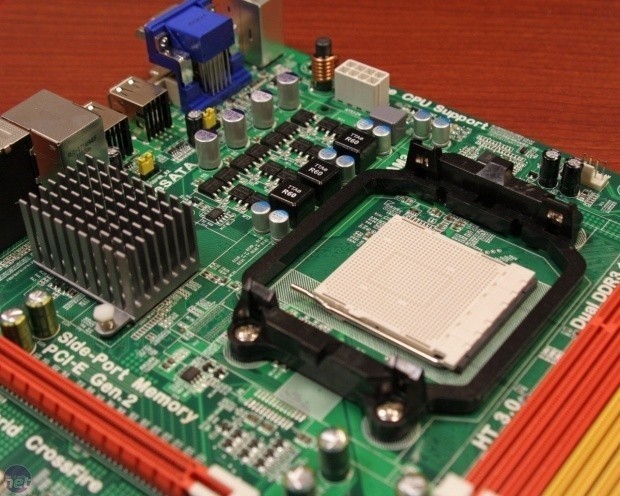 Plus, while you won't find any onboard USB 3.0 support here, ECS is said to be bundling a lot of their new motherboards with separate PCI x1 USB 3.0 cards in certain regions.

While the 880G chipset is largely similar to the old 785G one including the minimal 3+1 power phase setup, it does give a superior IGP in the Radeon HD 4350 and ECS ensures the board will be able to support the upcoming six-core Phenom II X6 processors. 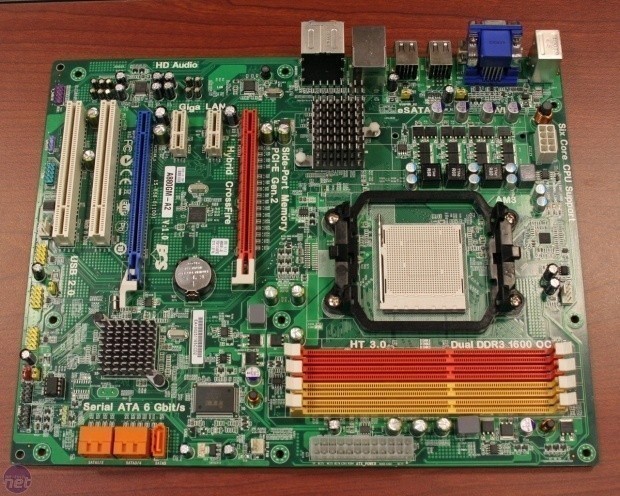 The final production model of this board will look much like the one captured in these photos, but it will also include heatsinks for the MOSFET area.

For further details and pics on this budget oriented offering from ECS, head over to the source.
NEWS SOURCE:bit-tech.net
Newsletter Subscription