NewsReviewsArticlesGuidesGamingAsk the ExpertsNewsletterForums
GIVEAWAY: Gaming peripherals upgrade thanks to Corsair worth $280
Gaming
Many of you are no doubt holding out for Valve's first downloadable expansion for Left 4 Dead 2 dubbed 'The Passing' but despite all the teasing from Valve about it since December, it's been unclear as to when exactly it would be released.

This should bring a smile to your faces; a recent posting on the Left 4 Dead blog suggests sometime this week! 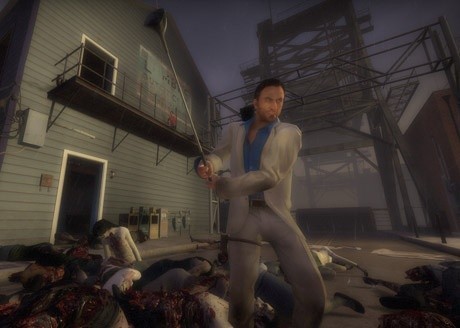 The Passing is set to take place following Left 4 Dead 2's Dead Center campaign and will feature both characters from the first game along with the sequal's killing zombies in the small rural town of Georgia. There will also be some new game modes in this expansion along with the ability to shout out "Fooouur" and swing a golf club at the mongrels along with getting down and dirty thanks to Mr. M60 machine gun and much more.

The Xbox 360 version of it is said to cost 560 Microsoft points which works out to $7 U.S. while we're not sure if or what the charge will be for the PC version as yet (remember, downloadable content for the original Left 4 Dead on PC was always free).
NEWS SOURCE:techreport.com